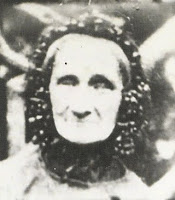 As I have done my own family research, I have learned a great deal about those that have passed on before me. One of my great-great grandmothers Joan Taylor, lived in England in the 1800's. Her life had many challenges. She was married when she turned 21 years of age. Joan and her husband George Storey had 3 children, with the last one being born 2 years prior to the death of her husband. Joan remarried to a Joseph Carman  in 1833 and had 5 more children. Her second husband died at the age of 51 leaving Joan, age 50, with the task to raise the children. As far as I can tell, Joan never remarried. Near the end of her life in 1881 in the Morpeth Northumberland Workhouse. She was alone and without means to support her self and lived the remainder of her life in the Morpeth Northumberland Workhouse.